My name is Minna Nousiainen-Becher. I grew up in Finland and moved to the United States in 1991 with my mother and two sisters and my first boxer Mafi. I started confirmation dogs in 1989. I helped out at one boxer kennel in Finland prior to moving here. once living here I bred my first boxer Mafi to an American-bred boxer and got my first dog that I worked in Schutzhund, Ringo . In 1996 I imported a bitch from a Finnish working boxer kennel. She was called Kia. All through high school I helped out at an American conformation boxer kennel here in the United States-Bent Brooks Boxers in Wisconsin Rapids, Wisconsin. I worked at a boarding and grooming kennel for over six years as a groomer and kennel helper. I got married and now have three children. We also train police K9 dogs. I have handler owner trained my 1st Kia dogs granddaughter, Oonas daughter. I am also involved a bit with my husbands work training K9s.

My occupation is a boarding and grooming kennel owner as well as a dog trainer. I handle some of our up coming police K9 dogs and I title client sports dogs as well as my own personal dog and pet dogs with issues, I enjoy grooming dogs. I am also certified in animal Reiki.

I am also the president and founder of east Wisconsin working boxer club.

My husband, Chris Becher, was introduced to the world of Schutzhund in 2000 at my local club-the Fox Valley Police and Schutzhund Club- in December 2ooo and he started training  my 3 three year old male boxer Pomo. In 2001 they accomplished the BH at the North Central Regional Championship. They also got their TR1 at the USA box Championships that same year. Chris was voted the best improved handler that year by the Fox Valley Police and Schutzhund Club. Since then he has Title several dogs, including “HOT” dogs. Chris is a national level helper. He is the main helper at 2 different clubs and is also training director of the North Central Region. Recently Chris has become President of the OG. Bierstadt USA Schutzhund Club.

We believe the German/ European line Boxers are true working dogs.There ability to work has been proven. You can accomplish anything with a good working Boxer.

We breed our dogs in a small home setting. We really go far with our pups in socializing. Having three kids itself is a good thing. We do biosensing testing at an early age. Our pups get exposed to almost everything- elevators, tarps, tunnels, different surfaces, camping, and swimming if weather permits, etc. We are one of the only BHOT (breeder, handler, owner trained) Boxer breeders in the country.

Our pups are practically house broken when they go to their new homes. We get up during the night to let them out by four weeks. At age 5-6 weeks, we separate our pups at night: first in twos then separately. When they are ready to leave they won’t miss each other as much. We also tattoo and/or microchip our pups. 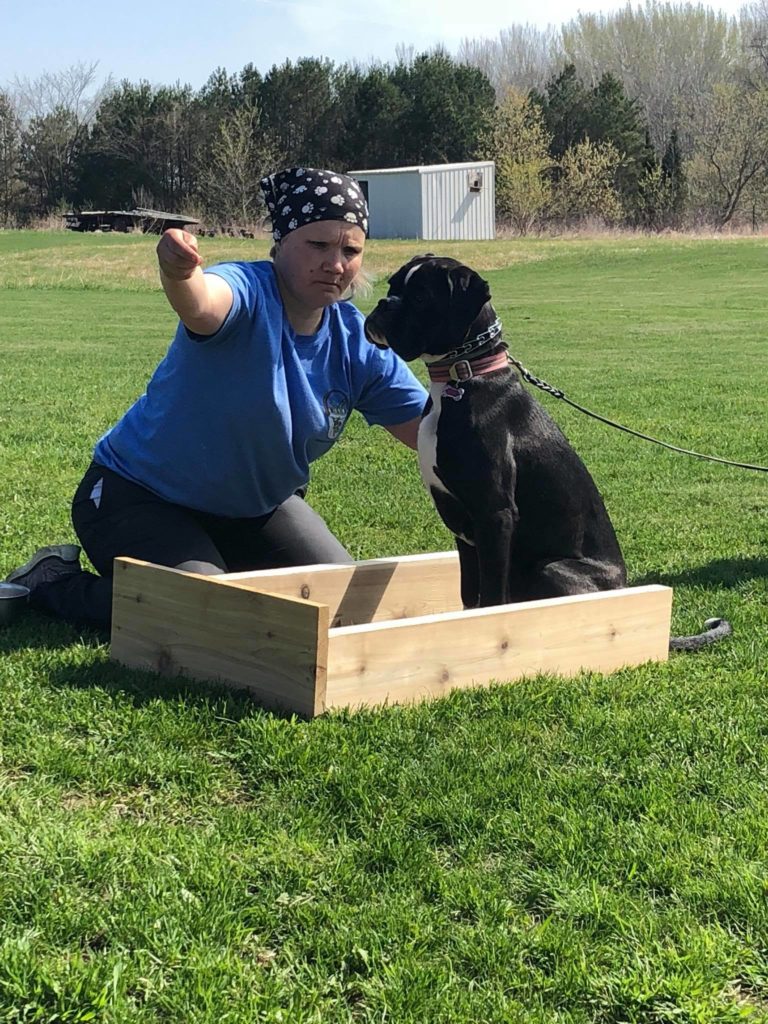 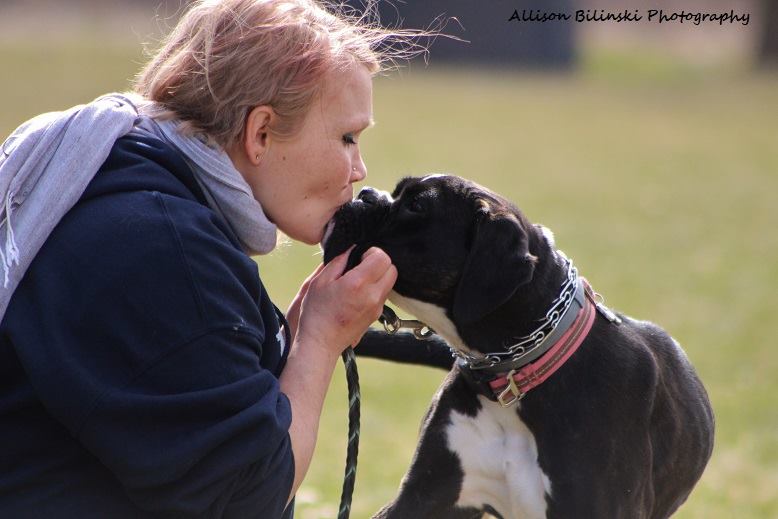 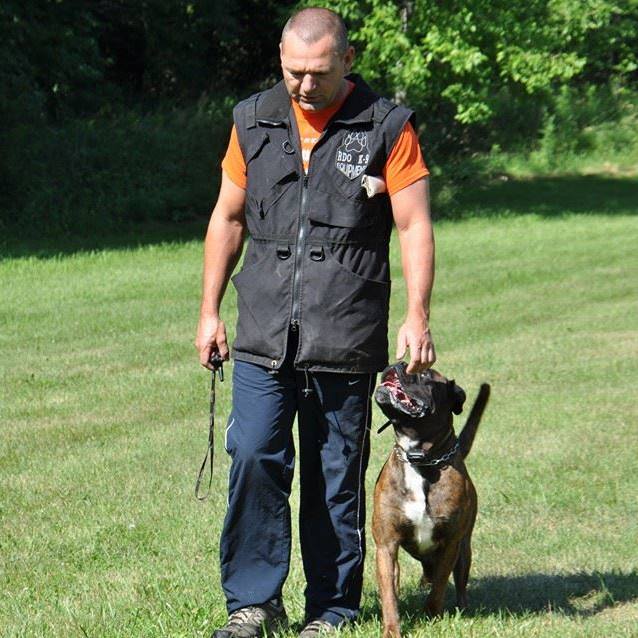 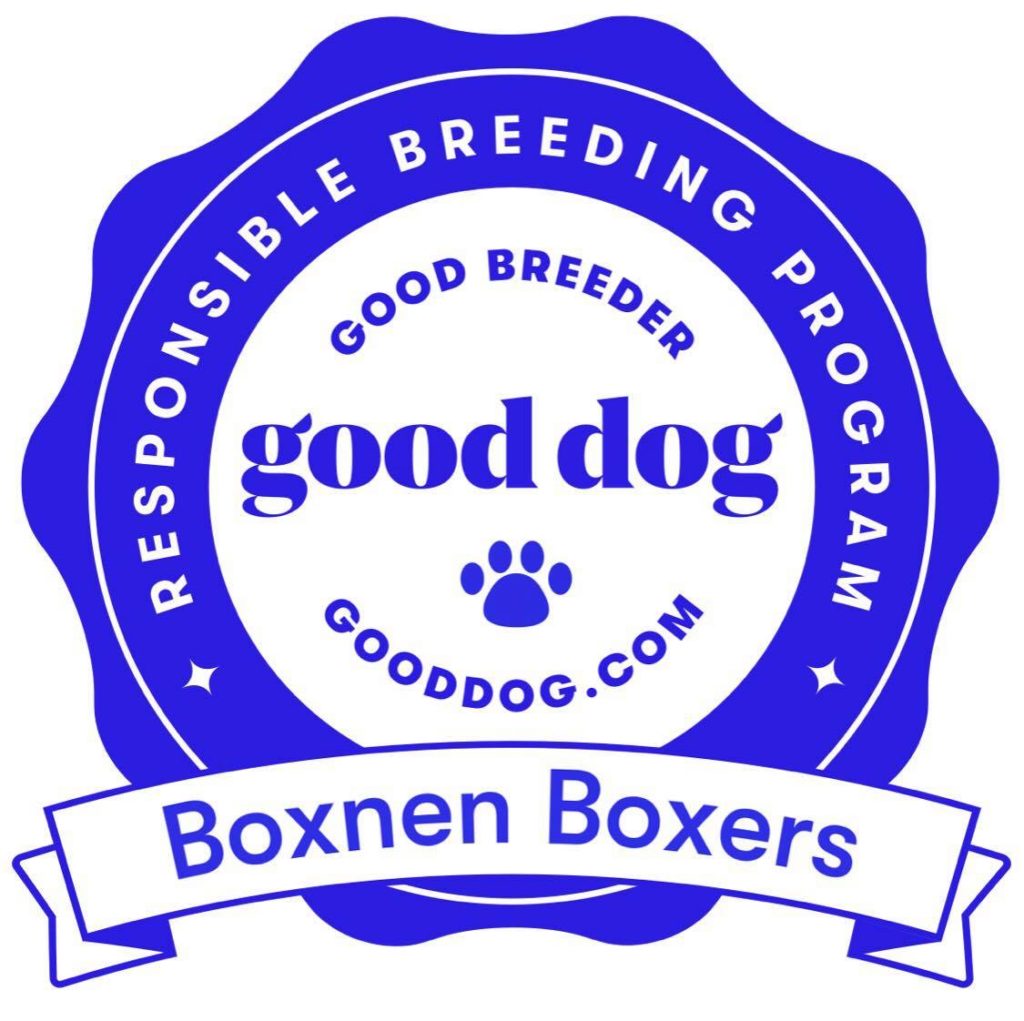